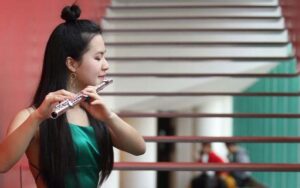 The U.S. Presidential Scholars award—one of the nation’s highest honors for high school students who exemplify academic excellence, leadership qualities and community service—is presented on behalf of the President of the United States and honors up to 161 graduating high school seniors of high potential each year.

The White House Commission on Presidential Scholars selects scholars annually based on their academic success, artistic and technical excellence, essays, school evaluations and transcripts, as well as evidence of community service, leadership and demonstrated commitment to high ideals.

This year, more than 5,300 candidates qualified for the 2020 program determined by outstanding performance on the College Board SAT or ACT exams, through nominations made by Chief State School Officers, partner recognition organizations and the National YoungArts Foundation’s nationwide YoungArts™ competition.

The three seniors from New Jersey vocational technical schools are: